Ho.ly. Crap. I’ve been a dad for over four months now!

Recently I’ve been thinking about all of the things I expected from fatherhood and comparing it to what the reality has been for me. None of these things are too serious, but several are amusing. Enough so that I thought I should share of few of them. I realize that I’m generalizing in this post because each kid is different. This is just what I know now. Ask me in a few weeks and it may all change.

I was blissfully unaware of the falsity of the following ideas I had before having a child: 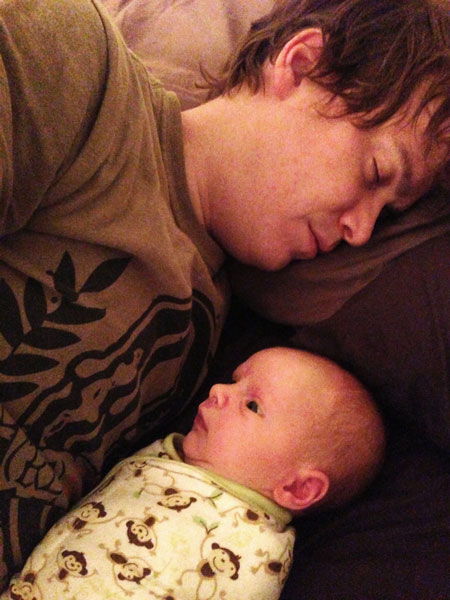 1.) Babies Sleep A Lot. FALSE.
My kid hates sleep. He fights it as if it was the only thing standing between him and the destruction of our planet. At NO time does he think sleep is a good thing. He’ll scream, cry and fuss to no end instead of sleeping. That is of course ignoring the fact that when he wakes up the world is amazing and everyone is happy. 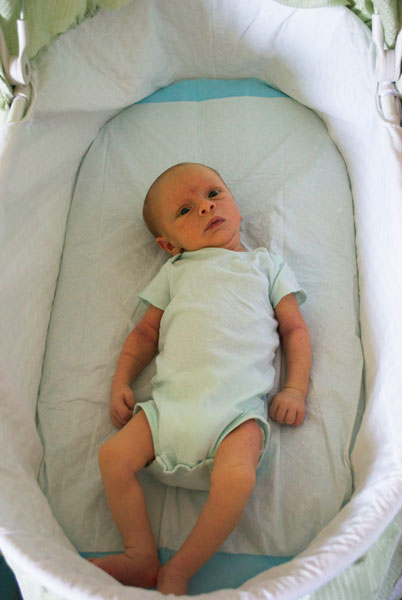 2.) Babies Like Bassinets. FALSE.
We have a bassinet that Wesley has slept in for a grand total of maybe 5 hours in the roughly 4 months of his existence. He hates being set down.

3.) Babies Use A few Diapers A Day. FALSE.
This kid can go like a champ! Especially in the mornings. We’ve been blessed recently with him sleeping for 5-8 hours at a time. It is SUPER nice to not have to change him in the middle of the night, but the first few hours he’s awake Mr. Dude makes up for it by peeing a lot and often.

4.) Babies Don’t Mind Wet Diapers. FALSE.
Mr. Dude hates being in a wet diaper. There could be seriously three drops of pee in it and he’s an absolute mess. Change him into a clean one and he’s as happy as can be. There was a short time that we thought he might be in pain because he’d cry virtually every time he peed. The first time he laughed while peeing all over the changing table between me removing a dirty diaper and attempting to put on a new one we figured out its just the dirty diapers that bother him. 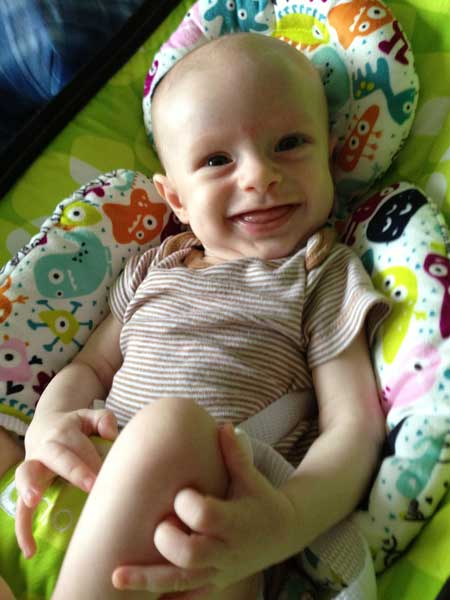 5.) Babies Laugh All The Time. FALSE.
I had always imagined that my kid would laugh at anything and everything. After all babies think everything is funny right? Nope. I was not taking into consideration that most babies don’t even develop enough to start laughing until they are 3 or 4 months old. I had no idea. If he’s not crying he’s all smiles. Wes has laughed a handful of times recently and I expect him to laugh even more in the near future. He just wasn’t old enough to be laughing at just a couple of weeks old. Who knew? Not me.

6.) Babies React to Tickling. FALSE.
This also a developmental stage and/or learned response. Mr. Dude will sometimes smile when I try and tickle him, but that is a rarity compared to the confused look I get that says “Hey Guy, What the heck are you doing?”

7.) Small babies are oblivious to screened devices. FALSE!
My nephews have taught be that kids a year and older know about screened devices (TVs, phones, computers, etc.) I had always assumed little kids that were only a few months old didn’t care about screens. Boy was I wrong. Wes LOVES the TV and we have to try and keep it off or use our phones when not around him.  I hear it’s not great to let kids have screen time until after two years old.

8.) Babies like to have their own space. Mostly FALSE.
Mr. Dude loves to be held. He is generally not happy to be set down in a crib, chair, play mat, etc. The one exception is when he is sick of being held and wants to be put in his mamaRoo. Then he’s happy as a clam for up to an hour, as long as we are in the room with him. If he’s in it and we leave the room, he starts crying in under 5 mins. I know he’ll get over this one day, but that day is not here yet. 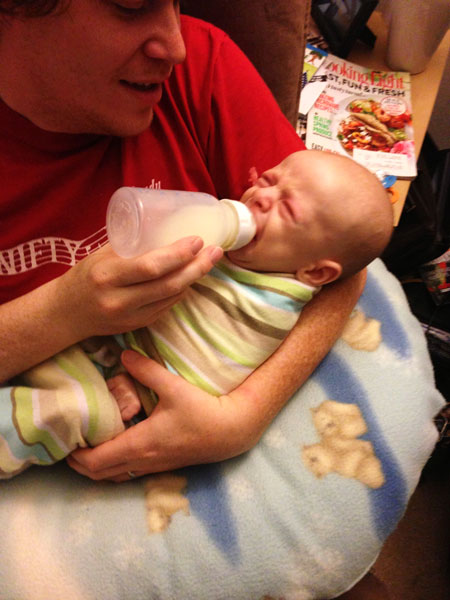 9.) Babies love bottles. FALSE.
Abigail is exclusively breastfeeding Wesley. There have been a handful of times that I’ve needed to give him a bottle of pumped breastmilk while Abigail was out with friends or at dance class for a couple hours. These have been trying times. He has drank from the bottle, but only with much encouragement and fussing. More than once he has actually been in a great mood and then got immediately pissed off that I would even think of offering him a bottle instead of mother’s milk directly from the source. Red faced and screaming he lets me know he prefers Mama. I hope this improves over time. 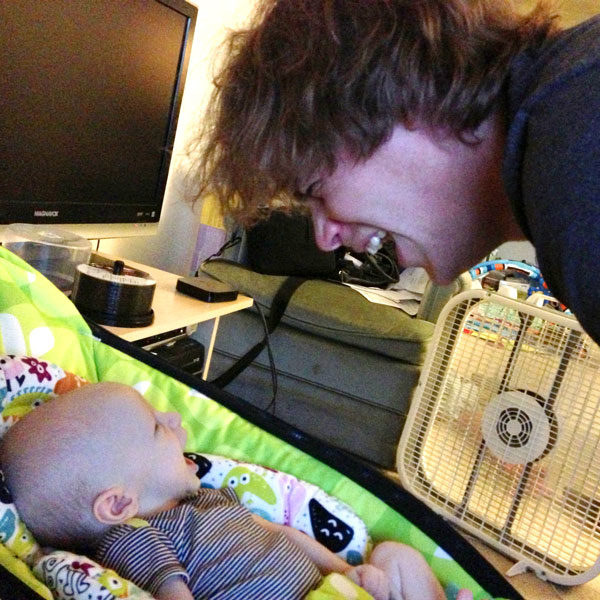 There is more to this list, but I’ll save that for later. I’m sure parents and non-parents alike will have all sorts of opinions about my newly found knowledge. Feel free to share in the comments below, I’d love to hear what you think! Until next time, have an extra beer for me will ya?

*I had originally planned on posting this closer to three months and 100 days, but life got in the way. I’m back to blogging regularly again though so watch out. More posts are on their way!