71 Christmas TV Episodes You Can Stream On Netflix Right Now

I love this time of the year. The visits with family, home cooked meals and travel plans are all a part of this wonderful yearly ritual. Christmas movies are often lumped into the list. Who hasn’t watched The Muppet Christmas Carol a thousand times? Yet, there is so much more when TV Christmas episodes are taken into account. Just in case you need a little push to get started here are 71 television shows with at least one Christmas episode currently streaming on Netflix. Some are fully Christmas themed shows and others only mention the word “Christmas” in passive dialog. I’ll let you figure out what ones are what. Enjoy! 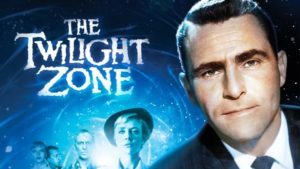 When a Santa Claus who’s been fired on Christmas Eve finds a strange bag that gives out presents, he wants to help the less fortunate enjoy Christmas. 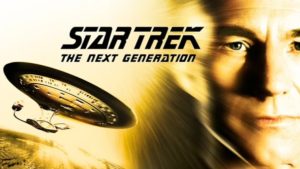 While answering a distress call, Capt. Picard finds himself dealing with a person who claims to be the planet’s version of the Devil. 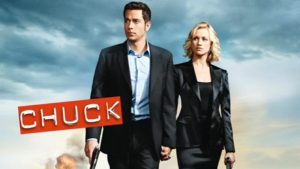 When a car crashes into the Buy More and everyone is held hostage by the car’s driver, including Awesome and Ellie, true colors begin to show. 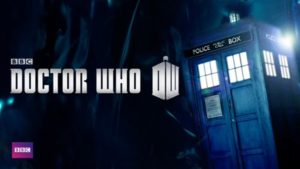 It’s Christmas Eve in 2007, and high above Earth a spaceship is transporting voyagers from the planet Sto to experience the festivities.

After getting roasted at Bluth’s company Christmas party, Gob fires the entire staff, forcing Michael to come up with a way to rehire the employees.

As the Christmas holiday approaches, Angel is tormented by evil apparitions who want him to eliminate Buffy.

Unable to get work done from inside the Parks Department, Leslie forms a citizen action group and fights from the outside.

Rob’s family takes part in a special holiday episode. While Rob and Laura sing “I Have Everything But You,” Sally and Buddy each perform solos.

Everybody Loves Raymond (1997)
All I Want for Christmas
Season 2, Episode 12

All Ray wants for Christmas is a little loving from his wife, and he’s willing to try anything and everything to have his holiday wish come true.

An encounter with a disabled man at the mall prompts Eddie to adopt an upbeat personality for the holidays.

The Griffins attempt to have a merry Christmas despite Lois and her carefully laid holiday plans fallling apart.

A murderous Santa wreaks havoc on Briarcliff. Sister Jude faces off with the Devil. Arden has a shocking encounter in the Death Chute.

Burke and Yang disagree on how to treat a young boy who does not seem to want a needed heart transplant. 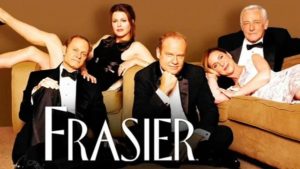 While Christmas shopping with Roz, Frasier buys his son, Frederick, who’s half-Jewish, a menorah for the holidays.

Gus brings Shawn along to his parents’ house for Christmas dinner, only to have Mr. Guster wind up being the top suspect in a neighbor’s murder.

The agency’s Christmas party is nearly spoiled by the late arrival of a surprise and not-so-welcome visitor.

Sam and Josh work on thwarting Congressman Lillienfield’s accusation about drug abuse in the White House. Leo tells Bartlet he may have to resign.

As Christmas approaches, Liz reaches out to children in need, while Jack looks for ways to avoid his mother while she convalesces at his home. 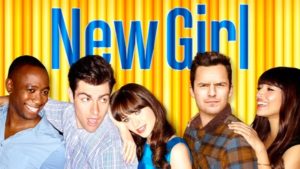 The gang attends Schmidt’s holiday office party, and Jess frets when she receives an expensive gift from Paul.

When J.D. must address a bunch of pre-med students about what it’s like to be a doctor, he strays off the beaten path.

Michael is outraged when Jim allows Phyllis to be Santa at the office Christmas party. Jim and Dwight try to get everyone into the holiday spirit.

An ex-con takes a job as a department store Santa in hopes of robbing it, but his attitude changes when he witnesses a youth committing crimes.

Louie struggles to get his daughter’s Christmas gift just right. Alone, Louie embarks on a journey for the holidays, but not before he bumps into Liz.

After saving a distant planet, the Justice League returns to Earth just in time for Christmas Eve.

The gang embarks on a holiday adventure filled with stolen toys, naked elves and a bloody run-in with Santa Claus that is guaranteed to spread cheer.

A mysterious kaleidoscopic wave of color crashes over Eureka, leaving the entire town and its inhabitants animated. 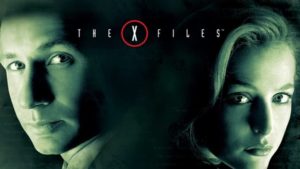 On Christmas Eve, Mulder and Scully find themselves in a haunted house with two ghosts who are determined to prove just how lonely yuletide can be.

When House and the team treat a woman who suffers from a sudden paralysis of the hands, they suspect she is withholding vital information.

Part 1:
David Brent is now a sales rep for a cleaning company and makes celebrity appearances. Gareth is now in charge of running things at the office.

Part 2:
David finds a date for the office Christmas party. The team dances and drinks the night away while Tim wonders if he’ll ever see Dawn again.

On the way to the freighter, the survivors on the helicopter hit some turbulence. At the beach, Jack wants to know why Desmond thinks it’s 1996.

Christmas Eve is depressing at Cheers as Sam rushes to find Rebecca a gift and Rebecca makes everyone work late.

As Christmas approaches, Elaine attempts to gain custody of an infant she found in a nativity scene.

When an injunction prevents the town from lighting its annual Christmas tree, Stan blames secular nonbelievers for ruining his favorite holiday.

Fry and Leela find themselves targeted by a murderous robotic Santa Claus; Bender volunteers at a shelter for homeless robots.

Bob inherits a storage unit, and the whole family imagines it’s filled with treasures. Instead, they find a man named Chet living inside. Linda, feeling the holiday spirit, persuades Bob to invite Chet to stay at the restaurant.

A case of stolen letters leads Sherlock Holmes to engage in a long conflict with the powerful Charles Augustus Magnussen, the Napoleon of blackmail.

Determined to make up for lost time and restore a sense of normality to the Queen household, Oliver throws a family Christmas party.

It’s Christmastime, and Sam and Dean investigate a series of murders where the victims were pulled up through chimneys.

Jack must save Sydney when Sloane orders her to be tortured and killed after she is suspected as the mole. Sydney tells Vaughn about her time at SD-6.

When a child music prodigy is abducted by a serial kidnapper, it’s discovered that a sequence of flashing lights appeared at the abduction.

Coach Taylor is offered a deal he can’t refuse, and Tim assesses his future plans when a former flame returns to Dillon.

It’s Christmas, and BoJack Horseman wants nothing to do with it, especially when Todd shows up with a giant candy cane and one of BoJack’s “Horsin’ Around” Christmas episodes from his TV star days. But BoJack agrees to watch it with Todd, if only for the residual check. One heart-warming orphan story and lots of cans of beer later, BoJack might be willing to re-think his attitude — unless Todd gets too enthusiastic about the whole holiday thing.

While Voyager investigates a comet, the crew accidentally releases a member of the “Q continuum” who has been imprisoned for over 300 years.

The crew returns to Moya in orbit around Earth and find Earth dignitaries awaiting them. The aliens soon find life in the public eye difficult.

Bashir is enjoying a holosuite program that casts him as a super suave, 1960s Earth secret agent when Garak intrudes on his fantasy.

Amid an avalanche of stars, Pee-wee straps on his ice skates and glides into the holiday season with Christmas cards, carols … and Charo.

Eric meets a girl at a dance. When they call Donna at the radio station to dedicate a song, she flips. Red dispenses holiday cheer as a mall Santa.

Just days before Christmas, the Ice Truck Killer leaves the body of a dead prostitute outside Santa’s Cottage.

Ben doesn’t want Sam’s moonshine to outsell his legal liquor. Andy arrests Sam — but also arrests his family so they can be together for the holiday.

Michael and K.I.T.T. spend Christmas keeping a young gypsy boy safe from bank robbers whom he can identify.

This year, Christmas Eve is spent in a cab with a nun and in a department store basement hiding from carolers.

With Christmas just around the corner. Alex finds himself lacking holiday spirit as the rest of the Keaton clan prepares for the celebration.

Dinosaurs everywhere get ready to celebrate the tradition of Refrigerator Day — but the Sinclairs’ refrigerator has been repossessed.

In this twist on the classic holiday tale, a visit from the Spirit of Christmas persuades a kindly Victorian shopkeeper to give meanness a try.

Part 1:
Zack finds out the girl he likes, Laura, is homeless. She and her dad move into Zack’s house temporarily.

Part 2:
The group helps Laura and her father get back on their feet.

MacGyver and the kids at the Challenge Center are taught the true meaning of Christmas by a mysterious homeless woman who comes to stay there.

Kevin sees a different side of Coach Cutlip after seeing him as a store Santa Claus at the mall.

It’s A Christmas Carol revisited when Gabrielle and Xena come face-to-face with a grouchy king who doesn’t believe in celebrating the Winter Solstice.

A robot comes over and causes Carl’s house and pool to fill with blood.

Tensions run high when a family receives a mysterious gift at Christmas.

With Christmas just around the corner, Doofenshmirtz activates his “Naughty-inator,” and all of Danville appears to have turned naughty. 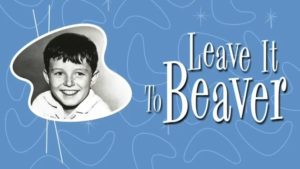 Beaver’s in hot water because he keeps losing his lunch money. After he loses his haircut money, too, Beaver decides to cut his own hair.

When Max fails to save a man who died while rescuing his daughter, Max is haunted by the man and tries to make amends. Isabel enjoys holiday spirit.

Santa sets off a home alarm and is thrown in jail. In order to deliver the rest of his toys, he must convince the sheriff to have a change of heart. 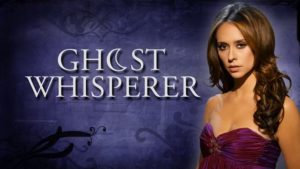 Melinda deals with a ghost who thinks he’s Santa Claus, and his motives may not be pure.

It’s Christmas in Haven – or so it seems to everyone but Audrey, who alone realizes that a deadly holiday trouble is taking over the town.

Hercules: The Legendary Journeys (1996)
A Star to Guide Them
Season 3, Episode 9

Somebody needs to save the babes when King Polonius orders the slaughter of all infants upon receiving a prophecy that a newborn will rule the land. 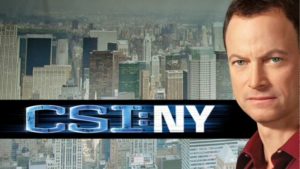 A reformed drug addict is found dead in an alley and the CSI New York team discovers he was the victim of a premeditated plot. 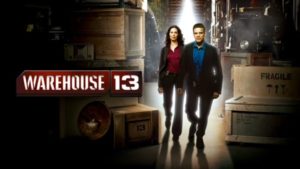 As the Warehouse team prepares to celebrate the holidays in snowy South Dakota, Pete and Myka are called upon to hunt down a malevolent Santa Claus.

Did I miss any? Leave them in the comments below.