Our Family Trip to San Francisco: Part One 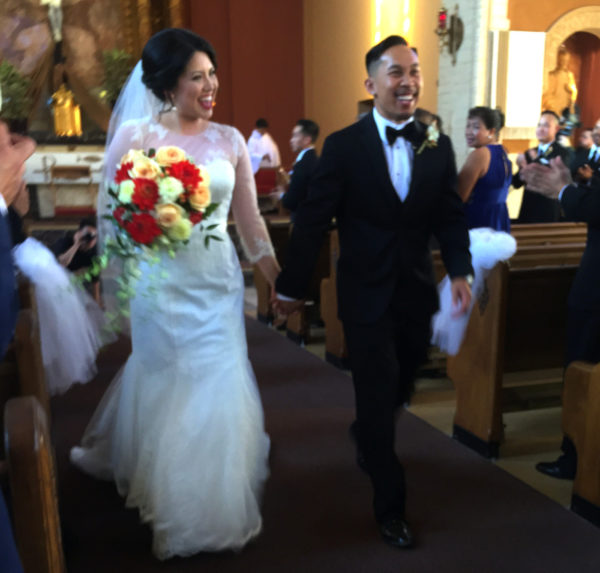 Friends of ours got married recently in Palo Alto, California. My wife and the bride are former classmates and we were honored to be able to attend. It was a beautiful black tie affair and kid free event for us. It has been a long time since I got dressed up like this and I really enjoyed it.

Out with the Mrs… No toddler!

This was maybe the eighth flight Mr. Dude has been on so it wasn’t brand new to him, but he was super interested in what was going on at take off from ORD anyways. He was fine and enjoying himself as long as he held both Mommy & Daddy’s hands: 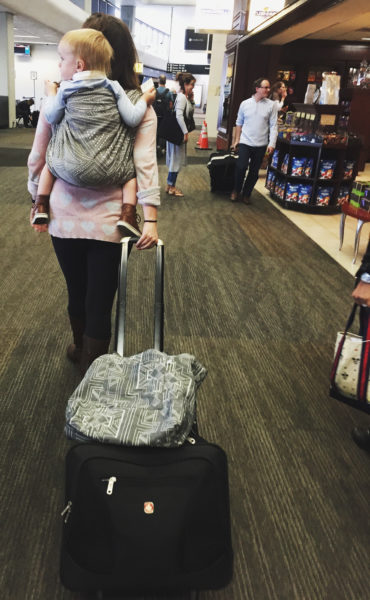 He’s also a pro at the whole babywearing thing.

We left Mr. Dude with a non-related babysitter for the first time while on our trip. Until this point in his life, he’s always been babysat by one of his grandmothers when Abigail and I would both need to be at an event child free. I was really nervous about it, but he did splendidly. The nice lady who watched him was also a flight attendant. She was kind enough to let us visit with him the day before so he could be introduced to her and her home before we left him alone with a stranger for several hours. He even made friends with the giant dog who lives there: 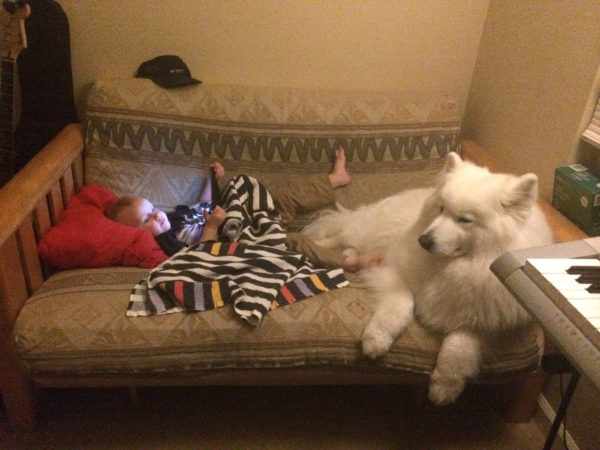 We were also able to spend an afternoon with some other babywearing dads at Crissy Field East Beach near the Golden Gate Bridge. Here’s a picture of me and Mike from At Home Dad Matters after everyone else took off. 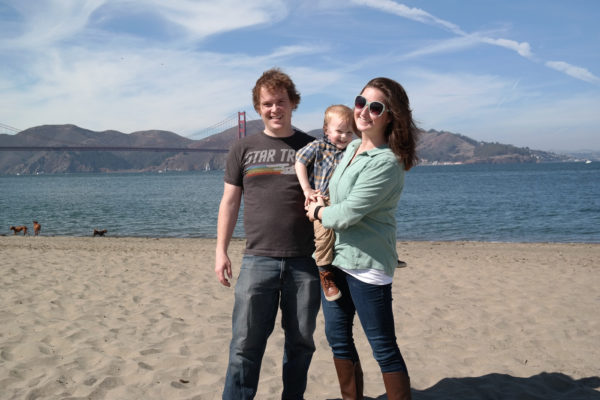 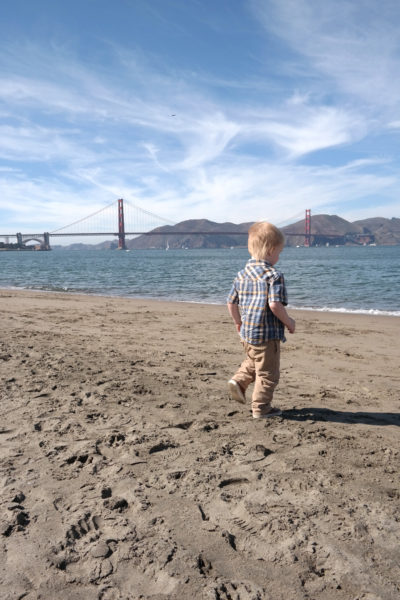 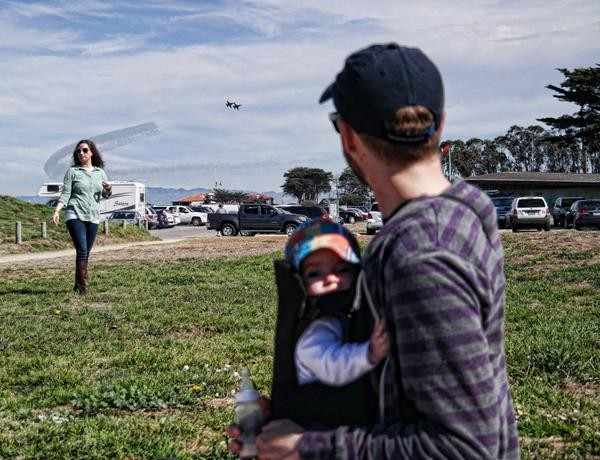 The Blue Angels even showed up for an unscheduled practice. Here’s a picture the SFDadsGroup got with my wife looking like a rock star and the jets in the background.

We of course also had to stop at In-N-Out Burger because it’s delicious and we don’t have them in Chicago.

Once the beach visit and wedding event was over our sights were set on returning to Chicago, but flying standby during San Fransisco’s Fleet Week turned out to be a trickier endeavour than we had anticipated. That’s when we took a look at the flight loads and decided to spend the weekend in the Redwoods.

Part II: The Redwoods will be posting soon.