Medieval Times invited us to attend a show at their Schaumburg, IL location last month and we gladly accepted. Mr. Dude had been once before, but was a bit too young to remember much. If you’ve never been it’s an event space focused on the storybook times of kings, knights, ladies and great feasts. Part of the ritual of attending Medieval Times is getting assigned a knight to cheer for once the show has begun. It also involved getting your photo taken with a member of the cast. Mr. Dude wasn’t sure of what was going on at first as you can tell from his facial expression in our family photo with the princess: 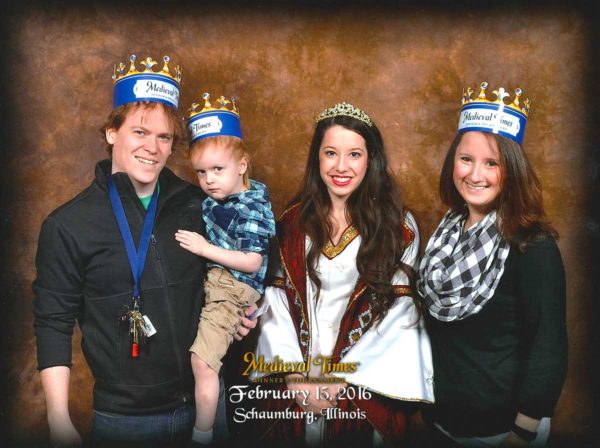 He really started to get into the idea of what was going on once we took our seats, were served some food and the show began:

He got a little banner and waved it like it was his job whenever it was time to cheer for the blue knight. #ToddlerLife #medievaltimes

The story telling was simple. Each area of the arena was split into various “kingdoms” and we cheered for our knights while they battled for victory. His attention was peaked when some of the fighting got really intense:

"Oh no!" *GASP* "What's happenin'?" "HE'S GONNA EAT ME!" Were just a few of the adorable quotables from the tense moments during the show. #ToddlerLife #medievaltimes

We had fun looking at the horses after the show and buying a few dragon related souvenirs. 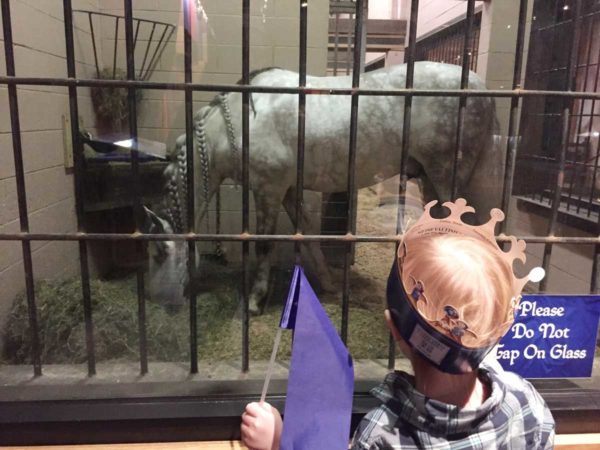 It’s a fun family outing. We plan on attending again when Mr. Dude is a little older. Maybe the next time we go he’ll smile for the photo with a cast member!