Here Are Six Ways I Choose What To Watch on Netflix

There are so many movies, shows, and documentaries on Netflix to choose from that the options can be overwhelming. After years of Netflix bingeing my methods of choice vary widely. They do, however, invariably end up with impressive choices. Here are a few ideas for you on how to settle on what you want to watch when you pick up that remote, pull out that mobile device or sit down at your computer.

Netflix regularly pushes out various types of infographics. They are, as you know, often flow charts of various options that end up with a selected show to watch. This one is different in that it starts with the movie you should watch and helps you figure out who and how to convince them that you need to be allowed to watch it. Follow it. Watch it. Have a blast! 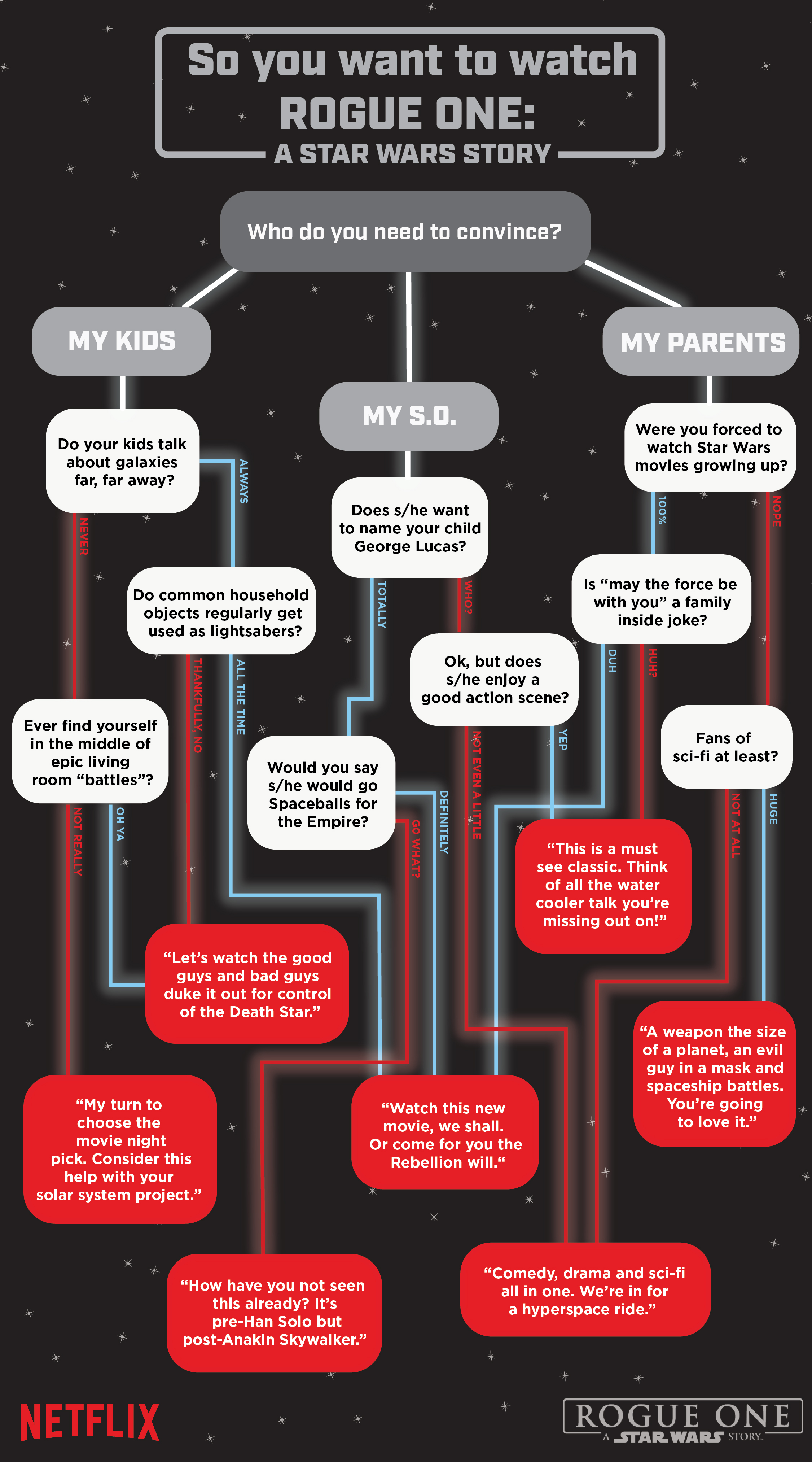 The Internet is full of video promos for amazing things. Netflix produces ones that are among the best. You can find a few examples, some personal favorites below:

The Netflix Recommendations engine is pretty great (most of the time). I’ve found many a show via the algorithm that I would never have otherwise. Here’s a video explaining what types of shows people like and which Marvel Universe show it lead them to on Netflix.

Several times a year I post on my blog about the Netflix shows that I’m currently watching or am excited to watch and haven’t made it around to watching yet.

Sure, I’ve been on the Netflix #StreamTeam for a few years now. There are, however, shows that hit the services that the press releases and team update emails skip over. I’ve ended up watching shows on the streaming service more than once because they have been recommended to me by a friend.

Everyone has a favorite actor or actress they like, a genre of entertainment they are drawn to more than others or a cinematic universe that draws them in above all else. Dive into that Star Trek,Star Wars, or Marvel Universe on Netflix. Choose an actress like Kirsten Dunst, Natalie Portman, or Jenna Coleman and get a list of productions they have been in and are available to watch.

How do you pick out new Netflix shows to watch? Leave your thoughts in the comments.