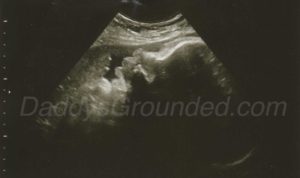 Wesley is now a little over a week late. This last week has felt like a month! Every day seems to take forever now. Baby boy checks out fine. He’s passed a few non-stress tests with flying colors. The post-40 weeks ultrasound was also good. Everything seems to be in order. The midwives, nurses and doctors that have seen his test results have all said things are perfect. He is in a good position too. He just hasn’t decided to show up yet.

We’ve tried pretty much everything people have suggested too. Spicy foods, raspberry tea, massage, walks, exercise, sex extra often, and more. Nothing.  In a way it’s funny. We have to remind people now that a break in tweeting for a few hours or between texts does not mean we’re in labor. It could just mean we are asleep.

We’re now at the point in the pregnancy where we contact ppl to say “Nothing happening yet” so they don’t freak out from the silence.

Every day we answer variations of the “Do you have a son yet?” question from friends, family and co-workers as if we are planning on hiding his arrival. We’ve been very open about the process so far and plan on continuing to be so. Labor has not started so we have not shared about it online yet.

Abigail and I are obviously growing somewhat impatient with his late arrival. He’s missed arriving before the end of my spring break. I have out of state family arriving next week to see the little guy. That is if he shows up by Wednesday. Easter is around the corner too, but missing that isn’t as big of a deal. If Wesley arrives on Easter we’ll just see our family at the hospital instead of over a meal. The ONLY day we don’t want Wesley to be born is April 1st. With our luck so far perhaps that will be the day. April fools!

These things happen. “Boys need to cook a little longer” and “He’ll arrive when he’s ready” are comments we hear a lot now. Well, he’s cooked an extra 8+ days now. Should it be any day now? Right?