“When Are You Having A Second?” 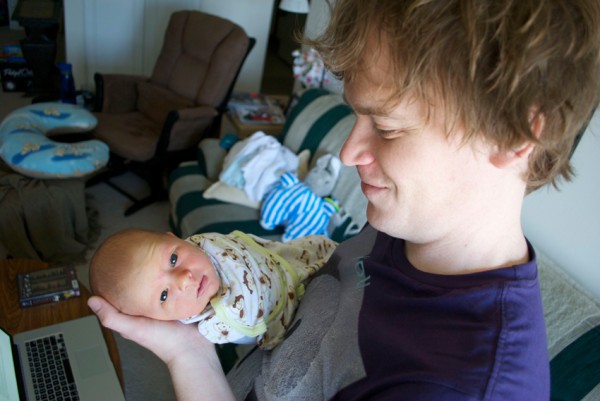 Disclosure: This is a sponsored post, in conjunction with Little Remedies. I’ve received compensation for the creation and sharing of this post. All opinions are my own.

I’ve been asked that question half a dozen times in the last two weeks. Everyone from coworkers to friends and family seem to be vocally curious if we are having unprotected sex or not. We’ve really enjoyed the first two plus years of having Mr. Dude around, but it has been a lot of work. Going from a childless couple to a couple with a child, as well you may already know if you are a parent or caretaker, causes a great change in your life. Those early months are wonderful and horrendous at the same time.

I’m still on a widely varied sleep schedule now, but I can consistently expect to get three or four hours of uninterrupted sleep a night. Some nights it is actually more like six. Mr. Dude and I have a working relationship and he at least understands many of the things expected of him. Wether or not he cares about those expectations depends largely on his mood and the fact that he’s still a two-year old.

Abigail has a job that sends her on the road for sometimes three to five days at a time. Mr. Dude and I spend a lot of time together regularly, but that obviously happens even more when she is traveling. We’ve got a system down for going shopping, out to the park, when we go to work/school, etc. I like having an only child right now, but I don’t think I’d be happy with it for forever. Mr. Dude needs a playmate, a sibling, and someone to fight with about things like sharing toys, his parents attention and various stages of independence. Siblings are one of life’s great personality shaping tools. I feel like he would miss out on something amazing if he remained an only child. 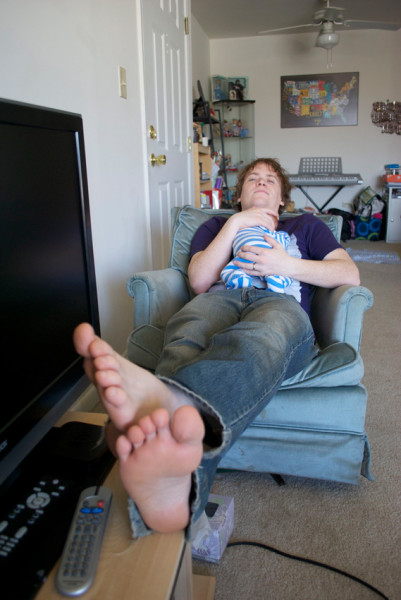 My mind is excited about the idea of a second child. S/he will make our lives even more full of what makes life worth living. Things like love, great stories, real & imaginary adventures, frustrations and emotional growth. One of the ideas about having a second child that looms large in my mind is going through the no-sleep and constantly blurry eyed schedule of those first several months. I am not looking forward to that.

One of the biggest shocks to my ever evolving role as a new father two years ago was the lack of sleep. That new sleep schedule, if you could have even called it a schedule, wreaked havoc on my body. While my wife Abigail was breastfeeding exclusively then I would more often then not be awake when she was to help in any way I could. That sometimes mean making her tea, or getting her a snack. Other times it was rubbing her feet or walking the baby around after he was fed in an attempt to get him back to sleep. One of the biggest tricks I found to help him get to sleep when he was gassy was appropriate dosages of Little Remedies® Gas Drops.

Little Remedies® Gas Drops quickly relieves tummy pain from excess gas. It is a safe remedy to gently ease stomach discomfort or bloating. My wife and I used the drops to help relieve excess gas from food or swallowing of air when Mr. Dude would be up in the middle of the night. I love the Little Remedies® brand products because they do not contain any artificial flavors, artificial colors or alcohol and are created with the very specific needs of children in mind. Mr. Dude would calm down within minutes of us giving him theLittle Remedies® Gas Drops orLittle Remedies® Gripe Water almost without exception. That means he would get back to sleep more quickly and his parents would too.

We’ve recently caught a bit of baby fever thanks to a couple in our neighborhood who has a newborn. Nothing is official and we’re not trying yet, but we are weighing our options. What do you think? Is an only child the way to go or are we giving up on something wonderful if we don’t try for a second? Let me know in the comments.