I spent nine hours in the car on my birthday last month between 3:00 p.m. and 2:30 a.m. due to a family emergency. My father-in-law was in his last hours and my wife needed to be there with him. I picked her up from the airport and drove the 70 some odd miles through rush hour traffic to her home town so she could be with family. That left me with a two-year old, several errands to run in order to be helpful and our dog some 70 some odd miles away and back at home. That’s when I did the rest of the driving around (including taking the dog to my mom’s). Abigail stayed with her family and I got a hotel nearby to keep the toddler out-of-the-way but easily accessible. 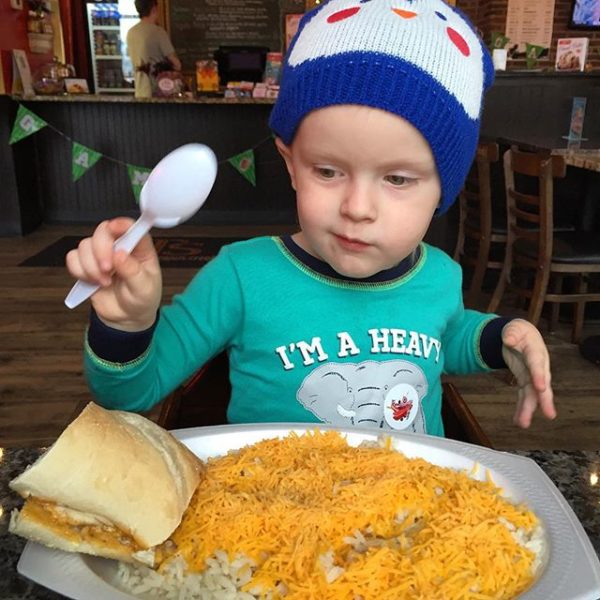 The next morning I took my son to Target, who was still in his pajamas, at around 11:00 a.m. We both looked rough from the night before, but were in relatively good moods considering what had happened the nearly 24 hours previous. It was windy and 60 degrees out. I was holding him in my arms as we walked across the wet parking lot. Both he and I were not wearing coats.

I was given the most judgmental look I think I’ve ever gotten from another parent in the moments I spent walking towards the store from my car. That’s when I responded to her in my head “Judge away bitch, judge away.” Except, I actually said that out loud as I thought it. Her super offended face was more than hilarious. She had no idea what we had just gone though and had yet in store that weekend. Our lazy morning was just that… ours. She wasn’t welcome to be part of it with that kind of attitude.

I’m a pretty self-confident dad. If you didn’t already know it. You’re welcome.