A Toddler And His Christmas Tree

Putting up the Christmas tree for us usually happens the week of my birthday (mid-November) or the weekend after Thanksgiving. I’m a big fan of the holiday season. This year it didn’t happen until well into December. There was just too much going on this year. This is Mr. Dude’s second Christmas and he’s still learning about Christmas trees. I just put up the tree at around 2 a.m. a couple nights ago while Mr. Dude was asleep and Abigail was on a trip. Hey, I’ve got an odd sleep schedule and thats okay! I get things done.

His reaction when he first saw the tree was great. The second set of smiles (after he looks at the awesome boxes) brings joy to my heart. Such perfect and raw happiness:

Our tree is a hodgepodge of ornaments new and old, homemade and store bought, purchased and received as gifts. Most ornaments on the tree have some amount of sentimental value or memory attached to it. He has no idea of any of this. All he sees is a tree that’s inside the house and adorned with all sorts of interesting things to play with and take apart. 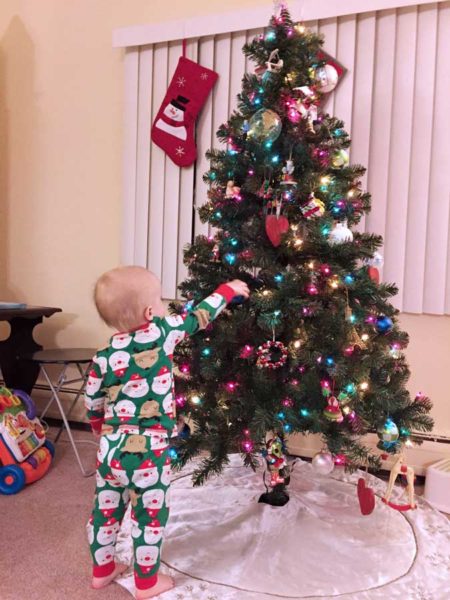 To absolutely no one’s surprise he broke an ornament:

First ornament casualty of the season. Mr. Dude has "no idea" what happened.

He got his first bandaid because of it. Thought it was totally interesting to have something on his thumb like that: 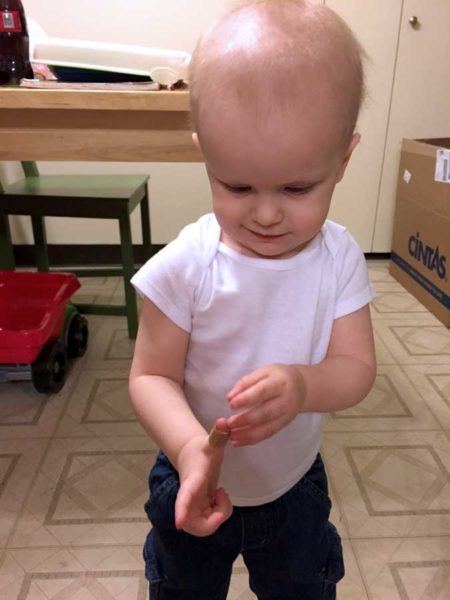 After being told repeatedly not to touch the tree he decided throwing his sippy cup into it would be fun:

Mr. Dude understands the "No touching the #Christmas tree" rule and has found a way around it.

Here it is Christmas Day and the tree is still standing. We’ve found a nice set of Christmas movies to watch and some snacks to munch. Merry Christmas to you from Mr. Dude and I. See you around the net.